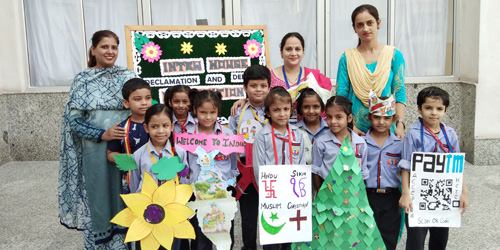 “The power of real debate is in the language and intellectual honesty of the debaters,    alongside the engagement of spectators”

Sant Nirankari Public School, Govindpuri organized Inter Class Poem Competition for Classes I to III. This provided the students with an opportunity to exhibit their talents through their mesmerizing poems. Students came forward confidently and recited their poems with conviction. Shipra Kumari from class I, Navya Rajwanya from class II and Aqdas Hussain from class III secured the First Position.